How to Avoid Guardianship 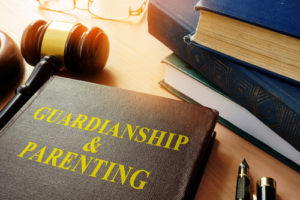 Fortunately, a guardianship is easily avoided with proper planning. Beginning in 1954, states across the country began enacting statutes that allowed an individual to appoint a third party to act on his or her behalf if he or she lacked the capacity to do so in his or her own stead. While individuals (referred to as the “principal”) have been permitted under the law to appoint another (referred to as an “agent” or an “attorney in fact”) to act on the principal’s behalf for centuries, traditionally the relationship between the principal and agent terminated with principal’s incapacity. Beginning in 1954, however, states began enacting laws that allow individuals to appoint agents to act on behalf of the principal even after the principal’s incapacity. Known as a “durable power of attorney” (because the agency relationship “endures” after the principal’s incapacity), this relatively simple planning technic can avoid many of the pit-falls of a guardianship proceeding provided the principal has a close trusted friend or family member who is both willing to serve and capable of properly and prudently administering the principal’s affairs in the event the principal loses mental capacity. This blog post discusses some of the aspects of and considerations relative to using a durable power of attorney as a substitute for a guardianship under North Carolina law.

In short, a power of attorney is a great way to avoid an expensive and often emotionally draining guardianship proceeding. It really should be part of most estate plans (with the biggest exception being those clients who do not have a close and trusted friend or family member willing and capable of serving as the attorney in fact). I have been drafting powers of attorneys for clients for years and have the experience necessary to advise clients on all the issues to be addressed in connection with the execution of a durable power of attorney. If you would like our firm to assist you with the preparation and execution of a durable power of attorney, I hope you will give us a call. We are more than happy to help you with this matter.

[1] Note that under N.C. Gen. Stat. § 32A-8, if the durable power of attorney provides that it “springs” into effect only upon the principal’s subsequent incapacity or mental incompetence, then a third party may rely on an affidavit from the agent that the principal is, in fact, incapacitated so long as the third party does not have information to the contrary. Of course that begs the question as to how the agent can give that affidavit absent a judicial determination to that effect.

[2] Indeed, if the principal does not have absolute trust in the agent then the principal should not appoint the person to serve as his or her agent. Instead it may be more desirable to have a guardian appointed in the event the principal becomes incapacitated. While (as discussed above) a guardianship can be more cumbersome, at least the guardian is subject to court supervision, thus making it harder for the guardian to abuse his or her position of trust.

[3] Alternatively, a third party can hold the power of attorney in “escrow” until such time as the conditions under which the principal wanted the attorney in fact to act have occurred. We do not like the “escrow” approach as it can prove problematic in a crisis situation if the escrow agent cannot be located or is not satisfied that the conditions under which the attorney in fact is to act have in fact occurred. Nevertheless we can use that approach if a client finds it more desirable.

[4] Presumably the rational for this is so that the attorney in fact is not temped to abuse his or her power and give all of the principal’s assets to himself or herself.

[5] The other option is to seek a court order allowing the attorney in fact to make gifts to himself or herself, but that is expensive and entirely avoidable if the principal trusts the agent to act responsibly.